Can A Roth 401k Benefit You?
Find out about this not so widely known retirement plan option.

While many working individuals are currently contributing to a traditional 401k plan, few are taking advantage of a Roth 401k plan. Why isn’t the Roth 401k more widely used? Many people have not even heard of it and don’t know if the option is available at their place of employment. The benefits and terms of the plan are also not well known.

According to the National Bureau of Economic Research, since 2006, plan sponsors have had the opportunity to add a Roth 401k option to their company plan. In the first year after it was introduced, less than 9 percent of employees took advantage the Roth 401k option at those companies that did add it to their plan options.

Over the last couple years, Roth 401k’s have certainly had an increase in contributors, although not nearly as significant as it should or could be. These plans are favored by younger workers, which is understandable given the benefits of the plan later on for those in their 20s and 30s and making lower income now.

More and more employers started offering Roth 401k’s over the last couple years, leading to almost half of all employers in 2013 offering the option to their employees, according to a recent article in Forbes Magazine. Although, the decision of whether to contribute to this type of account is left to the employee.

A Roth 401k is an account offered by an employer that requires taxes to be paid up front on the income. The more common option, a traditional 401k, is the opposite as it allows you to defer taxes until retirement. A Roth 401k requires the investor to wait until the age of 59.5 to take advantage of the tax-free withdrawals.

When and why should a Roth 401k be used?

A Roth 401k is a good option for workers that expect to pay a higher tax rate in the future. For example, a younger worker may have low income or even large deductions that reduce taxes, such as a mortgage. Taxes also likely will rise over time, which makes paying taxes now rather than later a good option.

Another benefit of a Roth 401k is that the money contributed to such an account is exempt from the 10 percent penalty that would apply for an early withdrawal on a traditional 401k. A Roth 401k can also be left to a spouse or heirs which stretches out the tax-free growth. This type of account is not subject to the required minimum distribution, otherwise known as the RMD rule, like a traditional 401k where withdrawals are required at age 70.5.

Should a Roth 401k and Traditional 401k be used together?

One type of account isn’t necessarily a better choice over the other. The primary difference in the two accounts is when taxes are paid. So as your situation changes, you’re likely to benefit more from one or the other, however they both can be used to diversify and benefit your retirement plan throughout the years and decades.

For example, employees who are just starting out in the working world can benefit from a Roth 401k.  The reason is that taxes are paid up front and are likely lower than they will be in the future. Saving within a traditional 401k reduces tax liability immediately, which is especially beneficial when your tax rate is higher than it will likely be in retirement. So a traditional 401k and a Roth 401k can both have benefits for your retirement.

It is always a good idea to have a comprehensive and diverse plan created based on your situation. It pays to take full advantage of the options available to you during your life stages. There is also the option to convert all or a portion of the money saved in your traditional 401k to a Roth 401k, and pay the taxes at that time, rather than waiting until retirement. To understand whether this financial strategy could benefit your situation, contact your financial advisor or tax professional for guidance.

Make sure you understand all the rules for your traditional 401k and Roth 401k plans before making decisions. If you have questions about your retirement plans, contact the team by clicking here

Bayntree does not provide specific legal or tax advice. Please consult with your tax advisor or legal professional for guidance with your individual situation. 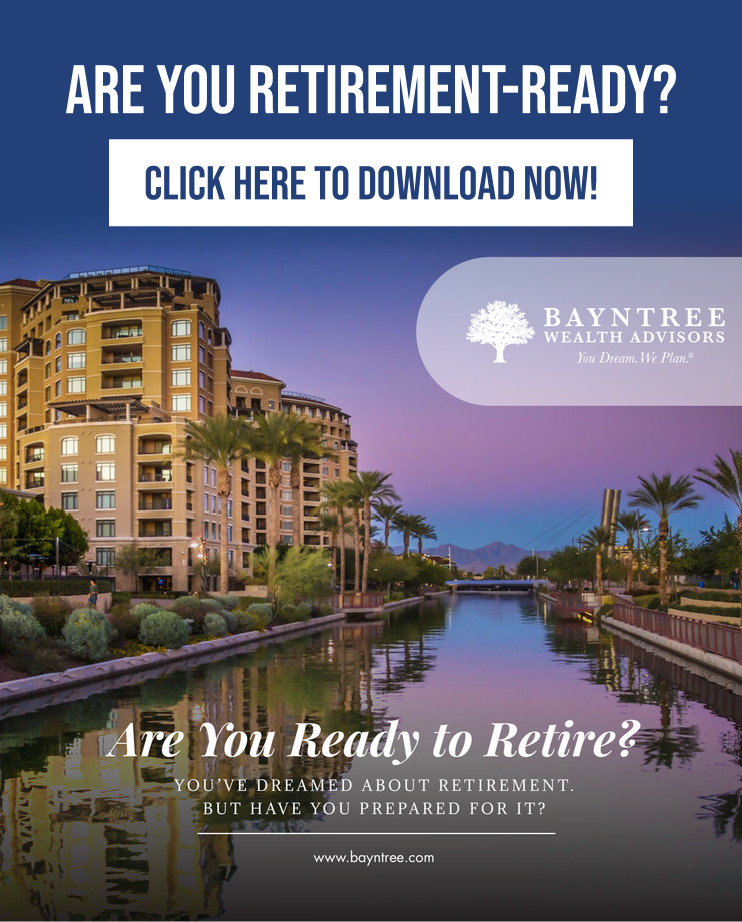 Complete the form below to stay up to date with Your Wealth and Beyond.

Get your free copy!

Get your free copy!

Sign up for a free assessment with a Bayntree financial planner today! Submit the form below or call us directly at 888.255.3200.

Bayntree Wealth Advisors is dedicated to helping you reach your financial goals. Ask us your financial, income or investment questions.
Schedule a Meeting